Director of Logistics, Professors without Borders 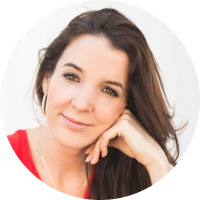 Tessy de Luxembourg became an associate fellow with the Centre on Global Health Security at Chatham House in January 2016. Before joining Chatham House, in 2015, Mrs de Luxembourg took over the role as global advocate for young women and adolescent girls at UNAIDS. She collaborates on a regular basis with institutions such as NATO, UNAIDS, the Global Partnership Forum, CARITAS, and the Luxembourg Institute of Health in their department of population health.
Mrs de Luxembourg is a regular speaker and chair at events and conferences around the world and is involved with charitable organizations in the domains of education, health and the promotion of human rights. She works on a regular basis as trauma psychologist in her home country and served for five years in the military. She received her BA in International Relations from Richmond, the American University in London, and her MA in International Studies and Diplomacy from SOAS.