Lindsay Davis is the International Managing Director of Quintessentially, the leading luxury lifestyle group. Lindsay oversees global strategic leadership and day to day operations of Quintessentially’s 50+ franchised offices worldwide. It is an exciting and challenging role requiring her to establish a unified global brand strategy, cultivate and align many culturally-diverse teams, and drive international partnership opportunities for the Quintessentially network.

Lindsay’s broad range of skills have been developed over a career focused on operational execution, sales & marketing to discerning private & corporate customers, and global expansion & partnerships. In her earlier career, Lindsay worked with elite brands such as Procter & Gamble, Diageo, Virgin Atlantic, and American Centurion, hence she was recruited in 2010 by the Quintessentially Co-Founders, Aaron Simpson, and Ben Elliot. Following a rapid succession of promotions, including directing six different departments, Lindsay was asked to lead efforts to grow Quintessentially’s franchised office network which generates multi-million GBP annual turnover.

Outside of the office, Lindsay is passionate about animal welfare and developing local communities. In 2018, she joined the RSPCA as a Board of Trustee Member and served as Board Member and Committee Chair for the Junior League of London from 2008 – 2012. In 2016, Lindsay was named as one of Luxury Daily’s ‘Women to Watch’ and the year prior was nominated for the WeAreTheCity Top 50 Rising Stars ‘Consulting’ Award. In addition, Lindsay is a regular panellist and Guest Lecturer for luxury management programs at London Business School – Walpole Mentor Programme, Sotheby’s Institute, Glion Institute, International University of Monaco and Regent’s University.

Lindsay is a dual-American & British citizen and resides in London with her fiancé and their dog, Scout.

If you would you like to be a sponsor for the virtual Luxury Law Summits – Europe in September 2020 – Americas in November 2020 please contact: 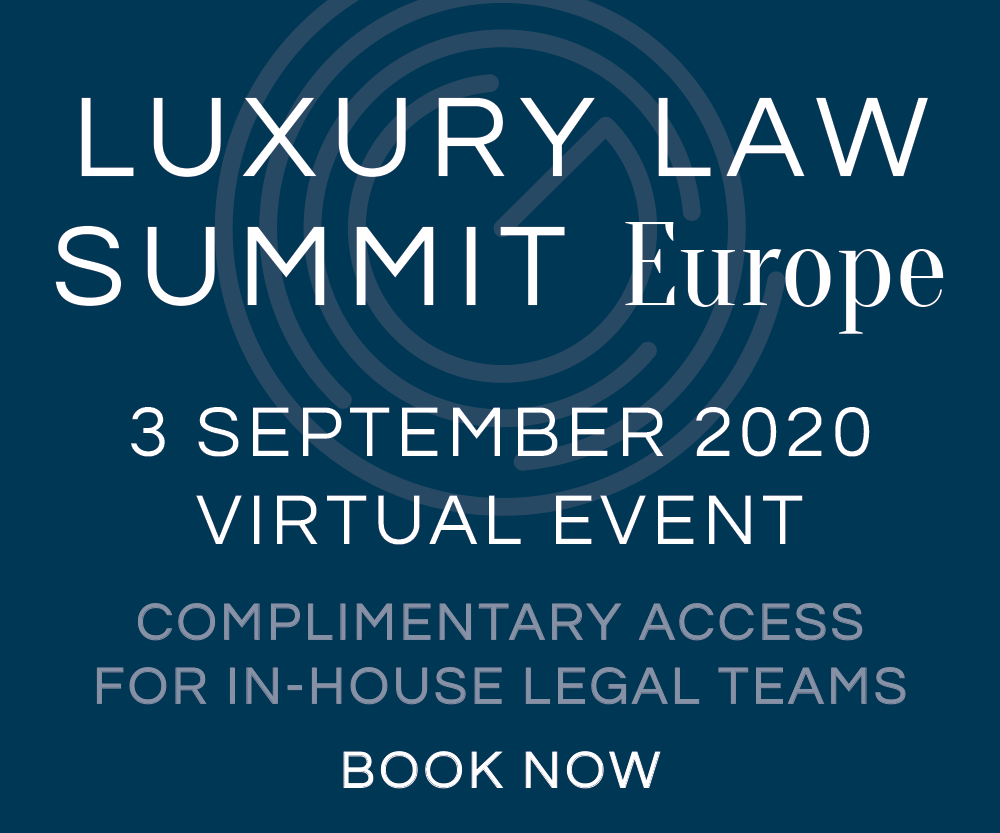