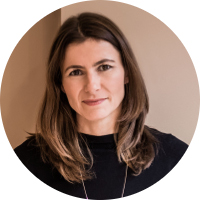 Carmel Allen started her career at the FT on the How to Spend It pages in 1992 then moved to Conde Nast where she worked at Vogue and Tatler until she was lured to New York to set up NYLON magazine. Returning to the UK she held senior editorial positions at InStyle and Livingetc before moving into interiors and retail in 2008 for Heal’s and The Conran Shop.

Currently the Creative Director at LINLEY, Carmel remains on the board at Heal’s and at the Design Council. In 2015 she won Retailer of the Year at the H&G Design Awards and in 2014 won the Marie Claire Prix d’Excellence for Kiss it Better, the charity campaign she founded in 2004 with Estee Lauder Companies and Great Ormond Street Hospital when her daughter Josephine was treated for neuroblastoma, a rare form of cancer.